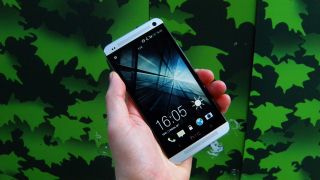 Apple and HTC set to race for Liquidmetal phones?

Are Liquidmetal bodies the next big thing in smartphone design? A rumour on Tuesday suggested HTC is looking for a leap on the competition and may launch a smartphone with the tech as soon as this year.

A report from the sometimes hit-and-miss Digitimes website claimed HTC has teamed up with Taiwanese compatriot and chassis-maker Jabon International to produce the super-strong alloy.

The report claimed HTC could unleash the first Liquidmetal phone, which would likely be stronger and more scratch-proof than current models at somepoint during the second half of the year.

If the rumour, which is to be taken with a pinch, nay, a grain of salt, comes to fruition, HTC would join Apple in the Liquidmetal game.

In June last year, the company extended its exclusive deal with US-based Liquidmetal Intellectual by another two years.