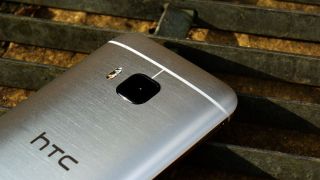 Will the Preview Program lead to noticeable improvements?

Ever fancied getting hold of a new phone before it's launched? Well with the HTC Preview Program you potentially can, as the company announced at a recent AMA that it's opening it up to the general public in the US, Europe and Asia.

Signing up to the Preview Program doesn't guarantee early access to hardware or software, but the company plans to draw all of its participants from those who have registered, so it gives you a shot.

In return HTC will collect information on how the devices are used, including the apps used, battery information and usage times, but no personal data will be collected unless authorised by the user.

The goal is for users to provide feedback which could inform the development of future HTC phones and by allowing anyone to take part in the Preview Program the company should get a good mix of respondents. Though we're sceptical that more casual users would bother to sign up.

The real concern though is how well HTC will actually take the feedback on board. Venture Beat noted that the most upvoted comment on the AMA, posted by Reddit user DeadSalas, asked "How much of the feedback, particularly that of reviewers and enthusiast consumers, is actually seen, used, and not just dismissed?"

It's a fair comment, particularly given the mixed responses the company's cameras have received, but expanding the Preview Program is surely at least a step in the right direction.