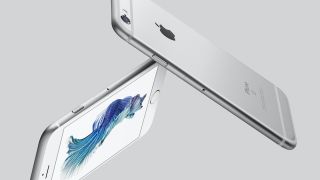 Rumour has it that Apple has opened a top secret laboratory to develop new display technology for future iPhones.

Bloomberg reports that the facility - which is sadly not inside a volcano but in Taiwan, a few miles out of Taipei - has at least 50 engineers already working there.

Apple has recruited people from display maker AU Optronics Corp as well as Qualcomm - which used to own the building.

The speculation is that this facility could be key to Apple developing its own OLED displays for use on a future iPhone or iPad, which mean thinner screens and better picture quality than the device's existing LCDs. Previously there have been rumours that Apple wanted to make the switch up to OLED for 2018 -we'd presume that to be the iPhone 8.

Other than improving its devices, the other major benefit of Apple running its own facility is that it might eventually enable the company to stop having to use rival companies for iPhone display parts.

Apple currently relies on the brands like Sharp to make the screens for its devices. If Apple can do a lot of the legwork itself, then it will be able to outsource production to smaller companies that can be vertically integrated more efficiently into the production process for the iPhone.

It seems that work at the facility is well underway. Bloomberg has stated that it discovered the new lab is already looking to hire more people, and it also notes that the new building is only an hour away from the headquarters of Foxconn, the company that will be likely tasked with manufacturing any new Apple devices.