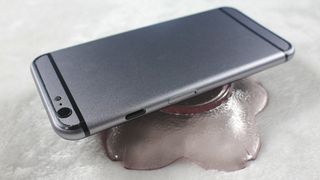 It's been a long time coming but we might finally see a mainstream smartphone with 128GB of storage.

A few years back the built in storage of phones was gradually creeping up but that largely came to a halt when 64GB was reached, however we may be seeing progress again as new reports claim that the iPhone 6 will come with up to 128GB.

That's according to sources from Apple's supply chain speaking to Feng.com. Interestingly though it's claimed that only the 5.5-inch model will have that amount of storage, while the 4.7-inch handset will be capped at 64GB.

That could make some sense. The larger model will have more room to squeeze extra storage into and it could also be that Apple wants to make the larger phablet iPhone stand out in more ways than just its screen size.

In fact that lines up with a recent note from KGI analyst Ming-Chi Kuo, obtained by AppleInsider, where Kuo predicts that in an effort to differentiate the two handsets the 5.5-inch iPhone 6 will have optical image stabilisation while the 4.7-inch model won't.

That said we're always wary of analyst predictions and we're not totally convinced that Apple would want to position such a large device as its flagship.

It's a huge jump over the 4-inch iPhone 5S and we'd wager that the 4.7-inch iPhone 6 will have more mass market appeal, so it would seem odd to leave it less well equipped.

Still, with the iPhone 6 rumoured to launch in September we should know for sure soon enough.