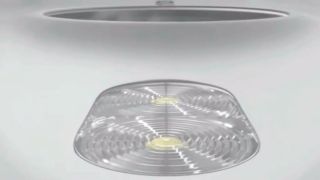 Presumably the handset, likely to be the Nokia Lumia 925 nee Catwalk, will come with pretty impressive photographical chops given the time Nokia's video spends lingering over each.

It looks as though the phone will feature a double Xenon flash alongside a megapixel-heavy sensor, giving its recently announced Nokia Lumia 928 a run for its money in the low-light photography stakes. There's also a front-facing snapper pictured on the front of the handset.

Nokia promises "More than your eyes can see", alluding perhaps to some serious horsepower lingering under the handset's bonnet.

What's more, Nokia's ex-camera man Damian Dinning tweeted that "next week is sounding very exciting" - a sentiment he tempered with the follow-up with "Note to twitter, there are other things in life other than imaging which I find exciting. Any bigged up tech launch is an opp for excitement."

The video also suggests that the body of the handset is going to be crafted from aluminium rather than the colourful plastic of the rest of the Lumia line-up - which we're excited about.

As well as the so-called Catwalk handset, there's been talk of the a Nokia Eos handset coming soon with a 41MP PureView camera on board - could that be the handset Nokia's teaser is about?

It's likely that Nokia will unveil its much-rumoured handset at an event on May 14 (that's tomorrow, fact fans), and we'll be there to bring you all the phone facts as they're revealed.