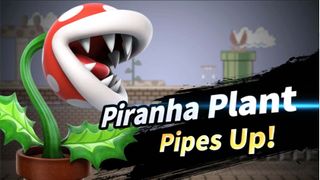 If your save files for Super Smash Bros. Ultimate have been causing you grief, the problem may be your SD card.

Since the first DLC fighter for Super Smash Bros. Ultimate, Piranha Plant, landed on the game in late January, a number of players have reported their save files becoming corrupted through the download.

As spotted by NintendoLife, some Reddit users are putting the blame on a specific SD card; or rather, the counterfeit version of the Samsung 256GB EVO Select Memory Card, which would have shipped without Samsung's official quality assurance.

The new DLC fighter arrived alongside a new software update for the game, which bundled in a number of gameplay tweaks and adjustments, and it's not hard to imagine a small oversight in programming causing issues for players.

It's not the first time players have encountered bugs with the latest Smash Bros. fighting game either. Shortly after launch, players found that Smash battles between Isabelle and Villager could crash the game, while some players who claimed their free Piranha Plant fighter couldn't find it in their roster after download.

Nintendo has a history of protecting its products from unofficial uses, and has even taken to releasing software updates that 'brick' Nintendo Switch consoles using unofficial Switch docks or have been hacked for modding purposes.

Nintendo has released a statement on the save files issue, saying: "We are aware that some users are posting about possible issues with the latest Super Smash Bros. Ultimate update. After extensive testing, Nintendo has not been able to confirm that there is an issue, although we will continue to investigate and monitor the situation."

While Nintendo has a vested interest in protecting its property, we're hoping a clearer resolution to players' issues arises shortly.