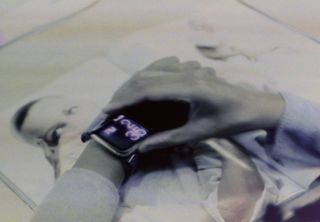 Asus has some cool (if odd) ideas about portable computing

Asus likes to show off some impossible ideas alongside the products it's actually producing.

That's not because the company expects to build a screen that can change in size from a couple of inches square for a watch to the size of a tablet, but because thinking about what you want concept devices to do gives you new ideas for designs for the more prosaic objects today's technology can produce.

The concept video from its Da Vinci innovation lab that Asus showed at CES 2011 is called IRIS: inspirational research for immersive space.

The idea behind the watch that morphs into a tablet is that instead of having different devices to use in different places, an ideal device would adapt to the space you use it in.

When you're travelling, the IRIS looks like a watch with a big square screen but you can take off the screen and use it to read the paper or play a game; when you get to the office and need to start work, you detach the screen and pull the two metal corners to make the screen bigger.

…and you can see the time, or your next appointment, but you can also pull the screen off your watch, grab hold of the corners and drag to make it bigger…

Hold it up like a camera and the device turns almost transparent as it previews the image; connect it to a projector on your desk and, as well as working on your own ideas, you can control a shared workspace that projects what you're working on up on the wall where everyone can see and interact with it – that's the immersion part of things.

Back at home, you can use the IRIS to play cards; instead of seeing the whole game on the screen, you just see your hand of cards – and when you deal, the cards show up on the other person's screen.

The Android tablets Asus announced at CES could be first steps towards that kind of fluid, adaptive device, with keyboards that slide out of the way behind the screen or detach when you don't need the weight and extra battery.

We've already seen some of the dual-screen notebooks Asus(among others) has shown off as concepts in the past turn up as physical products and the on-desk projector fits in neatly with the "seamless mobility" promise of the WaveFace service.

A tablet can work as a controller; here you're dealing cards to other players with their own tablets

Flexible screens are still a long way off (glass doesn't bend and plastic printed circuits don't stand up to much rolling and unrolling) but the combination of devices with removable options and folding designs plus cloud services could put some of the ideas behind IRIS in your hand or in your office sooner than you think.