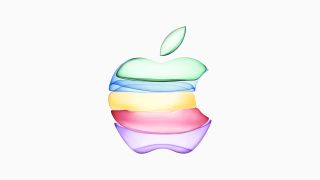 Apple has invited press from all around the world for an event on September 10, which is likely to be the launch of the next iPhone.

The event is set to take place at the Steve Jobs Theater in Cupertino, California. Apple will kick off at 10AM PT / 1PM EST / 6PM BST (4AM AEDT on September 11 in Australia).

The invite says "By innovation only", which suggests we'll be seeing some changes on the next set of devices from Apple, but it isn't a huge giveaway of what we can expect to see.

TechRadar has been invited to the launch, so we'll be there live covering all of the latest announcements from Apple.

We may also hear word of the Apple Watch 5, and we may even hear more of other upcoming products such as the Homepod 2, Apple AirPods 2, and a quick update on Apple TV Plus. And, of course, Mac fans should find plenty to love with a release date for macOS 10.15 Catalina. We might even see that rumored 16-inch MacBook Pro – that would certainly be an innovation.

This is also likely to be when we hear of a rollout date for new software from the company, so expect to hear more on iOS 13, iPadOS and watchOS 6.

Since this is traditionally a window to announce new devices, we aren't sure whether we'll hear updates about Apple's services. But it's possible that we'll learn when Apple Arcade is set to go live, as it was originally slated to launch in 'Fall' 2019, or Apple TV Plus.