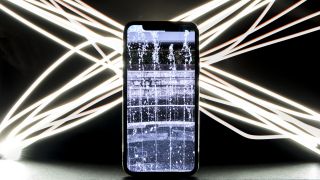 If you’ve been impressed by the way your new iPhone can be charged wirelessly but haven’t been too hot on the comparatively slow speed at which it does it, you’ll be happy to know that a measure of deliverance is on the way in the upcoming iOS 11.2 patch.

When the update hits, you’ll be able to start charging your iPhone X, iPhone 8 or iPhone 8 Plus at 7.5 watts compared to the 5 watts all three devices currently charge at with Qi-based wireless charging peripherals.

MacRumors heard the news from accessory maker RAVpower and tested the claims using the Belkin Boost Up wireless charger that Apple sells and an iPhone X running the iOS 11.2 beta.

It’s not a massive jump — certainly not in the context of the 15 watts that some chargers are capable of — but it’ll no doubt make a massive difference when you’re trying to charge your stuff on the go.

You can currently only access the faster charging if you’re a developer or a member of the iOS public beta program. Considering that we’re now into the third beta release for 11.2, a full release shouldn’t be far behind.