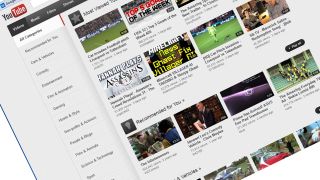 Last October, YouTube invested $100 million (UK £62.9, AUD$95.9) in 100 new channels as it hoped to expand the exclusive and original content it provided viewers.

The plan included new channels from celebrities like Madonna and Jay-Z, as well as outlets like the Wall Street Journal and The Onion.

Just over a year later, YouTube is again looking to bolster its original content by offering a second round of investments to a select number of those previous channels.

Not all of the 100 channels created during the $100 million investment ended up building big enough audiences to warrant more investing.

YouTube spent time researching what worked and what didn't, and will end up providing more funding to 30-40 percent of the original 100 channels.

That kind of return viewership will be a key factor in whether or not a given channel will receive more of YouTube's investment money.

"We looked at viewership they've been able to achieve, the cost of the content, and from that we are able to determine the channels that are delivering the best return on our investment," YouTube's Global Head of Content Strategy Jamie Byrne told Ad Age.

According to YouTube's deal with the channels it invested in, the funded money must be paid back before any ad revenue can be generated by the partners.

Ad Age reported many of the programmers involved don't know if those funds had been recouped, as YouTube hasn't been forthcoming with that information.

Considering some of the channels earned anywhere between $1 million and $5 million for a year's worth of exclusive content during the first round of investments, the odds of those funds being returned for channels outside the top 25 aren't very good.

That said, given another year of funding to better grow an audience, these channels may find greater success.

YouTube's monthly viewership is now near 4 hours per month, which is up 60 percent from 2011.

Though viewers still spend more time watching TV in a day (4 hours, 38 minutes) than they do YouTube in a month, that kind of growth could lead to YouTube being a premiere destination for more premium, exclusive content in the future, and thus more ad dollars down the line.