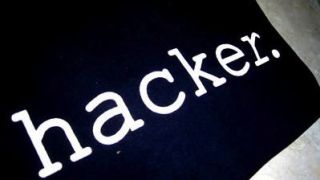 I am an SQL agent!

The Ministry of Defence has announced that it has created a new division in its fight against hackers.

Called the Joint Cyber Reserve, the unit will work alongside the government helping to keep the country safe from cybercriminals.

In a statement about the new cyber unit, Secretary of State for Defence Philip Hammond said: "In response to the growing cyber threat, we are developing a full-spectrum military cyber capability, including a strike capability, to enhance the UK's range of military capabilities.

"Increasingly, our defence budget is being invested in high-end capabilities such as cyber and intelligence and surveillance assets to ensure we can keep the country safe."

Hammond is calling the internet the fifth frontier that the MoD has to defend, ranking the web up there with land, sea, air and space.

"The Cyber Reserves will be an essential part of ensuring we defend our national security in cyberspace. This is an exciting opportunity for internet experts in industry to put their skills to good use for the nation, protecting our vital computer systems and capabilities," said Hammond.

If you fancy being a defender of the cyber realm, then recruiting begins in October. The MoD is looking for current reservists with a knowledge of IT, Armed Forces leavers and those who have no military experience but have an expertise in all things computing.

If you can recite War Games off by heart then you might be in with a chance too.