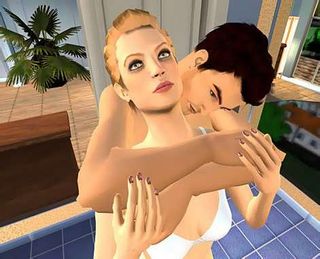 Cybersex is bad for you, why not try Proper Actual Real World sex instead?

Men who spend too much time visiting sex sites suffer more from severe depression, anxiety and stress according to a new survey in Australia.

Marcus Squirrell, that doctoral student that conducted the research, notes that 65 per cent of the men surveyed had met someone offline that they had first encountered online.

Most alarmingly, the survey suggests that those that spend more time looking for sexual encounters online suffer from very poor mental health.

"We found that 27 per cent of them were moderate to severely depressed on the standard depression scales," Squirrell told the Sydney Morning Herald newspaper.

30 per cent had high levels of anxiety and 35 per cent were moderately to severely stressed.

The rate of depression and anxiety was proportional to the frequency and intensity of online sexual activity, claimed Squirrell.