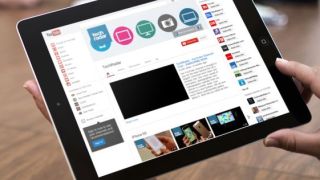 Could YouTube be facing a major delay in getting its music streaming service, known as Music Pass, live?

The Google-owned company has been accused of bullying independent labels into signing up and a music industry body is having none of it.

The Guardian, which saw a press release subsequently pulled by the organisation, reports that the Worldwide Independent Network (WIN) has given YouTube 24 hours to retract a letter that basically threatens any label declining to sign its contract with having all their music videos removed from YouTube.

WIN is also unhappy that Google is not prepared to negotiate on its offer to the labels, despite significantly undercutting rival streaming services already on the market.

What it all means

The long and short of this industry finagling is that YouTube's music streaming service is still going ahead, but could be a longer-time coming than previously thought as YouTube and WIN battle these contract deals out.

Spotify, Deezer, Rdio and iTunes Radio won't be devastated to hear of YouTube's bad press, but we were hoping to see some sign of Music Pass at Google I/O this June - whether that will still be the case remains to be seen.