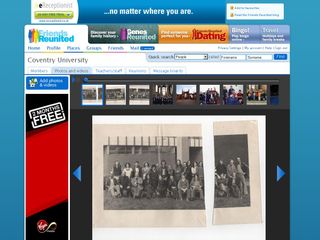 Friends Reunited with Dennis The Menace and Desperate Dan!

ITV has finally sold off Friends Reunited, the troubled social-networking website it bought for £120 million, for a mere £25 million.

Dusting off our mental calculator, this means that ITV has made a £95 million loss on the website. Ouch.

The company who bought the website is DC Thompson, the Dundee based publisher who has brought joy to kids everywhere, publishing the likes of the Beano and the Dandy.

DC Thompson will have to work hard to get the site back to its best, with figures suggesting that the sites monthly uniques have dropped to around 1.7 million. Compare this to Facebook which has over 200 million and that's a bit of a mountain to climb.

The news of the sale came just before ITV announced that its half-yearly figures which point to a loss of £105 million – its worst year-on-year decline.

Couple this with the fact that the company still hasn't announced a successor to Sir Michael Grade and it's not great news from the company.

The slump has been blamed on a decline in advertising revenue of around 17 per cent.