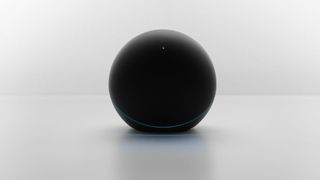 Remember the Nexus Q? No? You surprise us...

It's been an interesting year for Google.

Android stormed the smartphone charts but didn't do so well in tablets, so Google stepped in and made arguably the best non-Apple tablets around.

Google's given huge sums to charity while avoiding huge amounts of UK tax, and when Apple booted its Maps off iOS it was Apple, not Google, that ended up getting hurt.

Google's smartphone OS has been a huge success, helped considerably by partners such as Samsung: we reckon the Samsung Galaxy Tab S3 is the best phone in the world today.

Android isn't just a huge success in the consumer market, though. It's big in businesses too.

By November, Android had booted BlackBerry into third place among business smartphone users.

Google Glass's appearance at Google IO 2012 was hilarious: Sergey Brin's presentation began with a Glass-wearing Googler throwing himself out of a plane, and ended with a bunch of BMX bike stunts.

Nobody knows if Google Glass is the future or just a daft-looking gimmick, but everybody's heard of it.

Google rather wisely decided to take matters into its own hands, and the resulting device - the Nexus 7 - was, and is, brilliant. It's as cheap as a Kindle Fire but considerably more powerful.

Buoyed by the success of the Nexus 7, Google gave it a big brother: the Nexus 10.

It's not quite as good as the latest iPad - there isn't a 3G or 4G version, and Apple's screen is nicer - but it's still very good and very keenly priced. If it doesn't massively outsell Microsoft's Surface, people are crazy.

Google has done great things with its Android OS, and this year's version, 4.1 Jelly Bean, is the greatest version yet.

People started to use the phrase "silky-smooth" without snickering - and we went as far as to call it "a thing of beauty".

When Apple decided to kick Google Maps off iOS, they probably didn't expect to become a laughing stock - but their half-baked offering showed just how good Google Maps is, and probably sold a fair few Android phones at the expense of iPhones too. It certainly hasn't stopped iOS users from going to Google.

Google didn't just sort out Android hardware: it brought new focus to the Android Market, too, rebranding it as Google Play.

It now matches Apple in terms of available app numbers, and according to analysis by App Annie, Google Play revenues are up 311% since January.

Google's Nexus Q promised easy media streaming, but its price tag and lack of features led to howls of derision.

It isn't officially dead, but Google isn't selling it and doesn't have "anything to share at this time" about it.

Not the hardware - we reckon Google's latest phone, the Nexus 4, offers 'beautiful, elegant design' at an 'unbelievable price' - but the 'unfathomably long' shipping delays that suggest Google isn't on top of the logistical side of things.

You've more chance of riding through town on a unicorn made of cheese than getting a Nexus 4 in time for Christmas.

The government is apparently considering a crackdown on such schemes.

Maybe this year's enormous advertising campaign, the presence of new 'Google Zones' in PC Worlds and the possible arrival of a Nexus-branded Chromebook will finally persuade the general public to care about Chromebooks in 2013.

And maybe we'll all live in a castle made of pies.

Last year, Google was preparing for an EU investigation into whether it abused its power to harm competitors; this year, it's waiting for that investigation to conclude.

The US FTC is running its own investigation along similar lines, and may publish its verdict - and announce any penalties - before Christmas.

More than 50% of Android devices still run Gingerbread, and the latest version is only on 6.7% of devices.

Google News may get a lot less interesting in France and Germany: in September, French newspaper publishers urged the government to pass a bill that would force search engines to pay each time a user reads an article they find through a search, while German regulators debated similar legislation in November.

Google says it'll stop linking to those countries' media firms if the regulators stick to their guns.