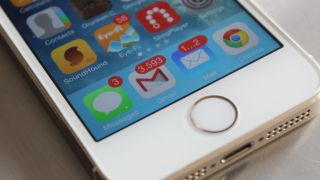 The news follows an announcement from Google just yesterday that, for the second consecutive year, it's rewarding folks who update their Google account security settings using two-step verification with 2GB more of free Google Drive storage.

While Google boasts that TLS encryption, anti-phishing authentication and a host of other factors are in place to protect your Gmail account, it can't do much to protect users from other services that aren't up-to-snuff.

"It takes at least two people to send and receive an email, so it's really important that other services take similar measures to protect your messages," says Google in its official statement. "Unfortunately, not all email services do."

From now on, whenever you receive a message from, or are writing to, an address that isn't encrypted, Gmail will throw up a flag in the form of a red lock icon. This is to let you know that sensitive information should not be shared on that particular missive.

Additionally, senders that Gmail can't authenticate will have their avatars replaced with a red question mark.

While these markers don't necessarily mean a scammer is at the door, Google simply recommends you "to be extra careful about replying to, or clicking on links in messages that you're not sure about."