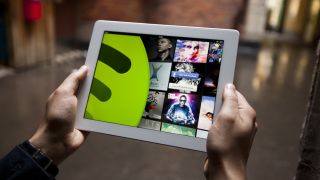 We explore the murky world of digital file ownership

The news story that Bruce Willis was considering legal action against Apple over his desire to leave his digital music collection to his daughters proved to be without foundation, but the issues it brought to light - to many for the first time despite years of downloading music - are highly prescient.

It's about time we all knew what we're paying for. Have you ever read the terms and conditions on iTunes, Amazon, or any other music or film download site? No, of course not. Life is far too short for legalese.

If you did you'd soon figure out that the song you just bought isn't worth a penny. Not to you, anyway - because you haven't actually purchased it.

Can I leave my iTunes collection to my kids?

Brushing over the faint possibility that your kids don't want their father's much-loved 50GB collection of largely Pink Floyd-generated music, the answer - legally speaking - is no. At least, not the downloaded stuff.

Unlike a CD collection, a DVD or a paperback book, none of these downloaded items can be be lent to friends, re-sold or left to loved ones upon our death because the laws on the ownership of physical and 'intangible' virtual goods differ.

"Many people would be surprised to know that the ownership of digital content is a personal right, and may not, for example, be passed on to their estate if they pass away," says Tom Scourfield, a Partner at European-wide law firm CMS Cameron Mckenna. "This is in stark contrast to physical goods, where ownership rights are generally exhausted on first sale allowing the purchaser the freedom to use or resell that item how they wish."

Look for the hidden phrase that says 'this licence is non-transferable'; your music collection isn't yours at all.

Can't I just tell someone my login details so they can takeover my account?

Of course - and no one is going to know, let alone complain. "In practice I can hand my iPod to someone or very easily leave my mac to my estate," says Vanessa Barnett, a commercial lawyer at Charles Russell who specialises in advising clients on online business, marketing and brand promotion.

From a technical legal perspective giving someone a smartphone loaded with MP3 files is in breach of the law, but the reality is very different. "It's not in anyone's interests to enforce against individuals leaving things to their family," says Barnett. "No one will ever sue anyone because they've left some music to their estate. Broadly what will happen is that someone will go into the account with the password and update the details."

The answer to this question and the previous one about bequeathing an iTunes collection, then, is effectively a big fat yes.

So does digital ownership even matter?

Yes, because it doesn't exist. Anything you've legally downloaded isn't owned by you at all, which is a bit of a change to how things used to be in the analogue world; the internet has given us a degree of convenience, but taken away any notion of ownership.

"Whilst there is only a small price differential between CDs available for purchase compared to download, consumers often forget that their rights in the former are generally much better defined, durable and adjustable than the latter," says Scourfield.

Could I sell my 'used' MP3 songs just as I did my CD collection?

No - not yet - but the debate about what we consumers can do with a digital file rages on. "The reason we have copyright at all is that people respect the creative industries," says Barnett. "Wrapped up in that respect is a bargain - some things I agree I'm not allowed to do, but I am allowed to do other things - and if the balance between those isn't right, it's never going to fix itself."

We've always been able to sell books, records, CDs and tapes, so why can't we trade digital versions? If we're starting to sound like a scratched record, that's ironically exactly what digital ownership - once asserted - avoids, and why it's so attractive; the 'selling' of 'used' MP3 files is the next big thing online, according to some.