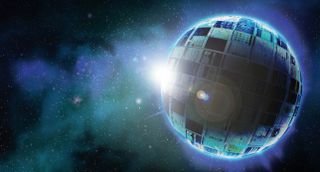 Is it the end of the world for apps?

Your smartphone is littered with apps for this and that, but how many do you actually use? With mobile websites becoming more responsive and with web apps mirroring the functionality of an app, the novelty of visiting an app store often seems like more pain than gain. The novelty has worn-off.

So says Dan Yates, founder of outdoor accommodation booking company Pitchup.com (launched the UK's first mobile hotel booking sites at lastminute.com) who thinks that many apps will slowly die away in favour of mobile websites.

"In the first three weeks of April, we had 13 times more activity on our mobile site than on our app," says Yates, who reports that the mobile site recorded 111,695 sessions while the app had 8,328.

"Much of the publicity for apps focuses on downloads rather than actual use, giving a misleading impression of the popularity of apps," he says. "In reality users seem to spend their app time on a small number of popular apps, with acres of other apps rusting away on their home screens. It's far more convenient to fire up the browser."

Benjamin Dyer, the co-founder & CEO of Powered Now, which is about to launch a mobile app for trades people, thinks he knows. "Apps usually suck!" he says, and it's very difficult to disagree. "And installing apps is a pain in the ass – there is a high bar and the reward has to be worth it."

Google's research suggests that apps across the board are declining in popularity, showing that although the average UK smartphone user has 28.5 apps installed, only 10 have been actively used in the last 30 days.

However, it's not a clear picture at all; analytics company Flurry reported in April that app use in the US grew from 80% of peoples' phone use to 86% in the last 12 months.

And here's the rub; we all use apps. All the time. Every time you listen to music on a smartphone, you're using an app. The camera? An app. Facebook, Instagram, What's App, Angry Birds … all, umm, apps. All incredibly popular – but huge exceptions to the rule.

Apps might not be in decline in terms of total usage, but as a one-size-fits-all concept they're definitely being overlooked by some in favour of increasingly lavish and responsive websites. "Modern phones with quad-core processors and 4G networks, combined with modern browsers with extensive media support and local storage, allow great experiences to be delivered through sites," says Lorenzo Wood, Chief Innovation Officer at global marketing and technology agency DigitasLBi. "The FT famously abandoned its native app for an HTML 5 site because it could produce an equivalently good experience at much lower cost."

Put an 'm' in front of a website, it seems, and it instantly kills the need to go off and download the app. "Navigating the web is a much more immediate activity than going into an app store, searching for something and than having to download it," says Phil Bennett, a web developer at Carswell Gould, which built digitalskills.com. "It's a process that people have become comfortable with from over 25 years of browsing the web."

Richard Healy, Co-Founder and VP of Products at site builder BaseKit agrees. "Googling has not showed any signs of slowing in the shift towards mobile-first browsing," he says, adding that, "Apps that provide information, reference and information sourcing are surprisingly low in App Store downloads." There are exceptions; the Flipboard news aggregator works well as an app, though web-only approaches to news like Quartz (quartz.com) are increasingly common.

Browsers 'open up' the web

Advances in HTML, CSS and Javascript are allowing the humble browser to be just as powerful as custom-made apps while saving companies money. It's helping open-up the web, too. "Not only are development costs a problem, but big players such as Google and Apple want to be gate keepers for all, which does not sit well with many developers who champion an 'open web' approach,"says Giuseppe D'Antonio, Founder and CEO of the special interest social service CircleMe, which in May will become a fully responsive website for any type of device. "If our users start to step away from traditional apps then we need to provide another platform that is just as responsive and delivers the content they're looking for."

Apps also often take an age to produce. "Sometimes companies are deterred by the app publishing cycle," says Jay Bopa Rai, Director Technical Services, EMEA at Kony, a mobile app development and testing platform. "It's a much more controlled process than tweaking a (mobile) website on the fly."

"It also has to be programmed to run on iOS and Android devices," says Healy. "This complicated, lengthy process is only worth the time and money should the app be searched for, downloaded and used … thanks to HTML 5 and CSS, one website fits all."

Websites are also incredibly efficient. "If all a company is wanting to do is provide the most amount of information, to the most amount of people, a website is the best route to take," says Mark Mason, CEO and founder of app developer Mubaloo, whose clients include EE, Aviva, Met Office, RAC, Scania and Hargreaves Lansdown.

Apps are closed-off to search engines, which makes them highly unsuitable for some uses. "Mobile apps work within closed environments and therefore can't be indexed by search engines," says Chris Van Aurich, Director at Artlines Media, which produces responsive HTML 5 websites. "Mobile friendly websites are also universally accessible, with one code-base which works on whatever device you might be using."

Current page: Death of the app? How mobile is taking charge