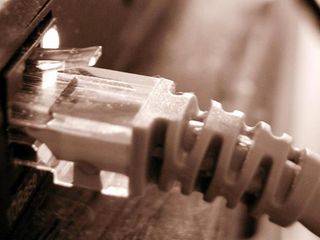 A whopping 63 per cent of people who took part in the latest Sophos security survey think that it is okay for the UK to spy on other countries using hacking and malware.

Although 40 per cent of those surveyed added the proviso 'only if we're at war with them,' the general consensus was that it is fine to use cyber-spying at the government level.

Just 37 per cent of people gave an unequivocal 'no' as the answer.

Sophos' [PDF] half-year report also revealed that only six per cent of people think that the government is doing enough to protect the population from cybercrime. 40 per cent didn't really know and 54 per cent were unhappy with what is being done.

"There have still been no confirmed incidents of core physical services such as power and water supplies, nuclear power stations or traffic control systems being exploited by cyberterrorists to date," says Sophos' report.

"While some hints of the potential danger of such attacks have been hypothesized by researchers, others such as security guru Bruce Schneier21 have described the whole concept of cyberwarfare as a distant danger that has been overhyped, suggesting that in reality what many have called 'cyberwarfare' is in fact simply cyber-espionage or cyber-activism rather than all-out attack.

"Nevertheless, the US government has invested huge sums in new systems to protect both critical infrastructure and businesses from potential cyberdangers."

Obviously the figures can't really be considered representative of the UK as a whole, but it's interesting to see that people want our authorities to flex their muscles in the cyber-arena.