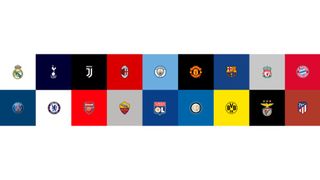 So when did the International Champions Cup become a thing? Well actually in 2013 (according to a quick look at Wikipedia), but the 2018 edition could well be the biggest and best so far. 18 of Europe's most supported teams are doing battle - and we can tell you what your live stream options are to watch all the football live online.

What is the International Champions Cup?

Gone are the days of traditional pre-season football friendlies - the International Champions Cup pits 18 of Europe's biggest clubs against each other playing all over the world - from the US and Europe to Singapore.

It got going back on July 21, and ends with the last match on Saturday, August 11. We have more information on the format and how the winner is decided below.

While the silverware may not be of utmost importance to most of the clubs, the International Champions Cup gives the teams a fantastic opportunity to try out new signings and see how fresh the players are after the short summer break. And rather than go and play at a lower division side in front of one man and his dog, instead they're off to exotic locations and are up against other major clubs.

You've probably already found that finding somewhere to watch the matches isn't that straightforward, so we'll tell you how to live stream every single International Champions Cup football game online no matter where in the world you live.

It's no big surprise to discover that a lot of countries don't have a broadcaster that's picked up the rights to show the International Champions Cup football. The UK and US are two exceptions (more details on which below), but if you're somewhere that isn't showing it then you can use a VPN to login to a region that is broadcasting the game. And it's really easy to do:

Live International Champions Cup football with a VPN
Scroll down to find out which broadcaster is showing the football in some of the major English speaking countries around the world. But even if the place where you live doesn't have it, you can always use a VPN to dial in to a country that does have a stream. A VPN is perfect for this as it allows you to change your IP address so you appear to be in a completely different location. We've tested hundreds of VPNs and can recommend these as the best VPN services currently available:

2. IPVanish supports up to 10 devices, so great on the go

How to stream International Champions Cup live in the UK

The little-known subscription service Premier Sports has beaten all the other traditional UK broadcasters to the punch to grab the pre-season football action. You can subscribe for £9.99 per month for SD and HD coverage, or £99 per year if you have Sky and like the sound of its rugby union, rugby league and motorsport offerings, too.

Premier Sports has an app as well, which lets you watch all this action on the go. And if you're actually out of the UK but have subscribed, you can always use a VPN to relocate your IP to a UK location and watch the match as if you were back at home.

How to watch the International Champions Cup soccer: US live stream

ESPN is the official US broadcaster of the International Champions Cup. Assuming you have cable, you'll be able to watch on ESPN either at home, online or on the network's app for tablets and smartphones. If you're a cord cutter, you can alternatively watch on another subscription service such as DirectTV or Sling - each of which has a free trial.

18 teams, two weeks, a league format...you may have guessed that this isn't your regulation kind of football tournament.