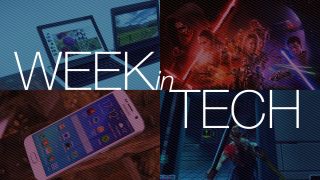 If you go down to techradar today you're sure of a big surprise: we've embraced the dark side and rebranded as techvadar. While T3 is wibbling on about womp rats under its new name T-3PO, we're covering the fun stuff: DIY Death Stars, the most evil tech in the world, and most frighteningly of all, Apple's horrible new iPhone battery pack. It's ACK HISS week! ACK HISS in! ACK HISS tech!

Do you wanna build a Death Star?

Fancy building your own Death Star? Of course you do – so we sent Duncan Geere to find out what you'd need and how much it'd cost. The tl;dr version: you can't get the bits at Homebase, it'll cost quite a lot and everybody inside "would slowly die of radiation poisoning." But since when did we worry about little details like that? Everything you need to know about making your own intergalactic war machine is in Geere's excellent article.

Empire of the senseless

The evil Empire is famed for, well, being evil, but sadly it doesn't have the monopoly on that: as Patrick Goss discovers, there are plenty of technologies right here on earth that the Empire would just love. From nuclear weapons and drones to, er, Skype, Patrick Goss unveils the dark side of tech and explains what the Empire would probably use it for. We like the last item best.

Gamers of a certain vintage have been shivering in anticip… ation this week with the news that the famously scary System Shock 2 is getting a sequel. One person who isn't scared is our very own Mr Biffo, who knows what real terror is: it's "hearing a noise downstairs while you're in bed, or discovering an unfamiliar lump, or a tax audit."

The good Mr Biffo hasn't been scared by a game in ages, and perhaps the problem is that as games get more realistic they get less scary. "Nowadays games do all the work for you," he says while yelling at teenagers to get off his lawn. "There's no filling in the blanks".

It's almost as big as an Imperial Destroyer and it's got the iPad Air 2 in its sights. To mix up our sides for a moment, is the new Google Pixel C tablet going to chuck a missile up Apple's exhaust port? John McCann says it's "the best Android tablet around" with "a fantastic display, heaps of power and a premium design," but it's heavy and the keyboard is an expensive add-on. "It looks great, performs well and gives its high-end rivals a real run for their money," he says.

Apple gets the hump

There's a famous quote that says a camel is a horse designed by a committee – so what should we make of what the internet is already calling The Hump, the new and decidedly ugly iPhone battery pack from Apple? The camel-esque design has led many online wags to wonder if Jonathan Ive is on holiday.

On a happier note, rumours are starting to circulate about the iPhone 6C, a lower-cost iPhone that's expected to launch early in 2016. Features apparently include Touch ID, NFC and an A8 processor, but there have also been suggestions that Apple has canned production for fear of the 6C eating into sales of its more premium models. We hope not, because we reckon there's definitely a market for a four-inch iPhone.

A Galaxy not too far away

Is this the Samsung Galaxy S7? If it is, it looks a lot like the Galaxy S6 – and there are two versions, one of which is significantly bigger than the standard model. With rumours suggesting a launch date as early as mid-January, we'd expect the trickle of leaks to become a flood over the next few weeks.

There's been an ongoing battle between Spotify, which wants to stream everything, and artists such as Taylor Swift, Adele and Coldplay, who don't want their music streamed to users of Spotify's free service. It's beginning to look like Taylor, Adele and Chris have won that battle: according to the Wall Street Journal, Spotify is preparing a restricted version that will enable artists to set a no-freeloaders flag on their releases. It looks like a win-win situation: 80% of Spotify users are on the free service, but having Premium exclusives might persuade more to upgrade.

Explore all of our Star Wars Week content. Come over to the Dark Side...