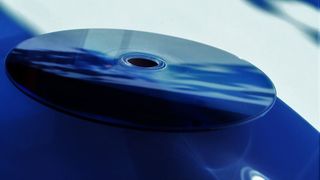 This is why you should care

The Blu-ray Disc Association (BDA) has just unveiled a new interactive website to give you a taste of what Ultra HD Blu-ray is going to offer when it eventually arrives early next year.

The new generation of physical, disc-based media was due to arrive sometime around the holiday period this year. Well, that's now upon us and we're unlikely to see any players or discs around these parts anytime soon.

We do know they'll be very much in attendance at this year's Consumer Electronics Show (CES) in January though. So you can bet the usual suspects, like Panasonic, Sony and Samsung will be out in force in the new year out in Las Vegas.

So what is it?

Essentially Ultra HD Blu-ray is the physical media that's going to help bring 4K UHD content to our screens away from the streaming services.

And there is a need for it.

Not everyone has the sort of super-fast connections that allow for the 25Mbps download speeds necessary for Ultra HD streams to come down from either Netflix or Amazon.

It's also going to offer future support for high dynamic range (HDR) and high frame rate (HFR) content when those standards are finalised too.

Considering HDR alone will add another 20% extra on top of the demands for 4K streaming Ultra HD Blu-rays could well be most people's best chance at getting the next generation of image quality, consistently, in their homes.