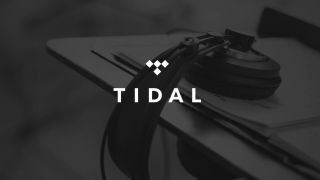 Tidal has just enough cash to last the next six months according to a report in the Norwegian publication Dagens Næringsliv. According to the report the company lost the Norwegian equivalent of $44 million in 2016.

Engadget notes that Tidal is facing these financial difficulties despite a massive injection of funds from US telco Sprint buying one third of the business in January 2016.

Despite styling itself as the audiophile-focused alternative to Spotify with support for lossless, and now hi-res streaming thanks to its MQA partnership, Tidal has failed to generate as much user interest. Spotify hit the 60 million user mark in 2016, while Tidal had just 1 million as of the end of 2015 (and even that number is disputed).

Tidal's unique selling point has always been that it offers higher music quality than market-leader Spotify with file sizes that are at least CD-quality lossless, with some even available as MQA hi-res audio files.

Spotify, meanwhile, tops out at 320 kbps.

However, it seems the promise of better audio quality hasn't been enough to win over listeners, especially when Tidal's HiFi tier costs $19.99 compared to $9.99 for Spotify.

Even Tidal's unique selling points are starting to disappear. Rival service Deezer has rolled out lossless and MQA streaming on its desktop app, and is expected to roll this out to its mobile app in the future.

With little space to call its own, Tidal's days may be numbered.