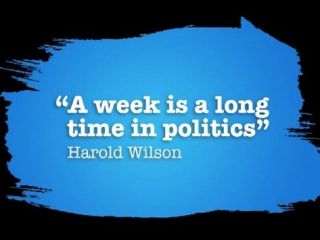 A new government initiative lets kids become an 'MP for a week' in a computer game simulation of the same name.

The sim genre is of course one of the most popular PC gaming genres, allowing gamers to 'play god' in such games as Peter Molyneux's Populous and Will Wright's massively popular The Sims.

Parliament launches its own sim game this month, with Commons Speaker John Bercow claiming that MP for a Week is aiming to teach 11 to 14-year-olds what political life (and the day-to-day of a backbencher) in Britain is really like.

MP for a Week uses footage of the Commons chamber and a number of interviews with politicians such as comedic Lib Dem Lembit Opik, Labour's Natascha Engel, and Conservative Adam Afriyie.

"It's vital that young people understand the role of Parliament and the work of MPs," said Mr Speaker.

"Parliament has a duty, which should also be a pleasure, to connect with the public and MP for a Week is an innovative way for students to explore our democracy."

Players get to choose which parts of speeches to use in Commons debates and, rather menacingly, get to see what it is like to "face a baying pack of journalists".

Scores are based on your choices in the game and how they affect your party, reputation or standing in your local constituency.

"MP for a Week gives students an understanding of how Parliament works in a way that hasn't been attempted before," said Tom O'Leary, head of Parliament's education service.

"By learning through play, we hope students will find the political process interesting and more meaningful to them."

Check out the game over at Parliament.uk/education right now.