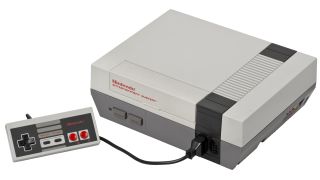 The NES (or as it was originally known in Japan, the Famicon) was one of the most influential games consoles of all time. It resurrected the video games industry after the video game crash of 1983, and no I'm not joking.

Memories of the console are so fond that Nintendo has recently announced that it will be bringing the console back with as a miniature version with a selection of its games.

But people didn't always love the console, as a recently discovered review for the console from 1986 shows.

The review, which appears to have been published in August 1986 in the Milwaukee Journal a year after the console's North American launch, is less than glowing.

The author, Edward J. Semrad, takes issue with everything about the console, from its graphics which he claims are lacking in detail compared to the Atari 7800 and Sega Master System, to its Zapper which is allegedly inferior to the Sega's phaser gun.

But the real smackdown is reserved for the "poorly designed" controllers that are "the worst [he] has ever seen".

Semrad takes issue with the eschewing of a joystick in favor of the now-iconic cross-shaped d-pad. "Since the controller is shaped like a cross, it is virtually impossible to get any on-screen object to move diagonally."

Then in his next article, Semrad observes that, "any game that requires precise and split-second control can not be accurately played with this controller."

Although Semrad is cool on the NES's game library as a whole, he does reserve some praise for what is widely regarded as one of the best and most influential games of all time, Super Mario Bros.

It's worth reading the paragraph in its entirety, just because of how surreal it is to hear the game described in a world where Mario's mechanics aren't common knowledge, but we're especially fans of the conclusion where Semrad calls Super Mario "a super game."

The two articles which comprise the review are available in their entirety on NeoGaf. We'd thoroughly recommend reading them.