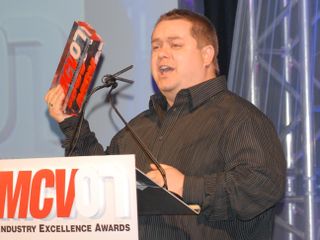 TechRadar: Xbox 360 is nearly three years old in the UK. What have the last three years been like for you, personally?

Stephen McGill: Well it's been great. I've got a fantastic team. I work with some incredibly sound people. I think we are extremely pleased and happy with where we are. If you think back to this time last year, when we launched Halo 3 – which was a massive event, a milestone in gaming history (for us particularly) – and we had a great line-up for that Christmas too.

So you had people saying 'oh, that was the golden age of gaming' (certainly for this generation) but then we have such an amazing line-up again for Christmas this year. Probably even better. We've got some huge hits, both from ourselves and from third parties. We've got things like Fable 2, Gears of War 2 and things like Banjo coming up. And we are broadening our audience because we are at an affordable price now for a lot more people. Xbox Live is really coming up, with some very cool stuff happening there, with the new Xbox Experience coming out next month.

And we are going broader with some of our content – Lips, You're In The Movies, Scene It?… new Disney content, Rock Band and Guitar Hero doing really well. I think that has been a big change. Having that fun, party, social gaming experience which we didn't have back in 2005. As a platform we were known as the gamers' console of choice back then. And we continue with that 'label'…. We have the best content and the greatest choice for gamers AND… and it is that 'and' (not 'instead of')… we have great content for girls, for the family. And lots more to come this Christmas.

So, yeah. It's been an amazing journey. And lots more fun still left to be had!

TechRadar: So the new Xbox Live Experience launches next month? Are there still two tiers – a free one and an unpaid one?

Stephen McGill: Yes, it launches on November 19th. And yes, we have Xbox Live Silver and the Gold services. Silver is just plug and go, for new customers who are buying a console for the first time, it makes that process a lot easier, a lot smoother and a lot quicker. And Xbox Live Gold gives you the full-on, multiplayer side of gaming in particular, which is the paid for service.

TechRadar: So you don't feel the criticism that this year's Xmas line-up doesn't match last years is justified?

Stephen McGill: Not at all, no. I think that goes back a little bit to E3 2007, because we only talked about Christmas then and then this year we didn't talk about 2009… but I don't think anybody would dispute that we have an amazing line-up of games this Christmas. It is easy to find something – from stuff that's already on the box through to stuff that's coming out this Christmas – we are the only place where you have got something for everyone. Whatever you fancy, whether you are a hardcore gamer or whether you are looking for a bit of snack-sized bit of entertainment, just a bit of fun to enjoy with a glass of wine or a beer on a Friday night. Or again, with the family, you might want to play Scene It? or Lips. And obviously with the recent price drop we are much more affordable. We are passing the cost reductions we have down to the consumer to make it much more accessible for more people to get involved.

TechRadar: What are your thoughts on the 'return' of E3?