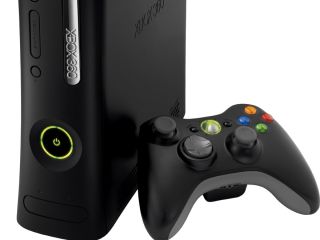 A Microsoft rep told GameDaily BIZ: "We reduced the price of the Xbox 360 120GB Hard Drive to $149 in conjunction with the recent Xbox 360 console price drop.

"We believe this offers consumers even greater value when selecting accessories that meet their individual gaming and entertainment needs."

GameDaily does the math and works out that it is cheaper to buy the Arcade SKU for $199 and a separate 120GB hard drive, rather than splashing out on the Elite SKU (priced at $399, though that also comes packaged with an HDMI cable, for lazy consumers that can't be bothered to go and buy a separate one from Maplin).

"Then again, MS are plainly torn down the middle when it comes to the next-gen war – using their Arcade model to compete with the Wii's casual appeal and low RRP while simultaneously battling the feature-packed PS3 with the flagship Elite.

"It appears as if somebody at Microsoft US has gotten a little confused amid all the excitement; either that or they genuinely believe it's worth paying a little extra for that slick matt black finish..."

TechRadar has contacted Microsoft UK for further updates on plans for price cuts of the 360 120GB hard drive in the UK.