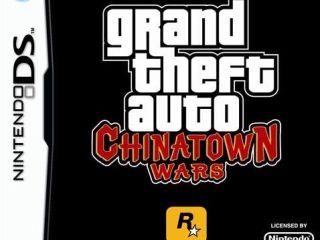 Chinatown Wars coming to the PSP this October

Grand Theft Auto: Chinatown Wars will be released on the PSP on 20 October, with the game being made available both on UMD and in a downloadable format from the PlayStation Network.

The game was originally released back in March 2008 on the Nintendo DS but the version coming to the PSP will have some changes as its makers Rockstar have decided to rebuild the game entirely for the handheld console.

'From the ground up' as game developers are wont to have it...

The game will be available for download for PSP Go users – as the handheld has no UMD port – on the same day as it hits shops in physical form.

The date of the release, however, means that it will not be a launch game for Sony's new device as the PSP Go is set to be released 19 days before on the 1 October.

Rockstar decided to use the power of social networking to announce the official release date of Chinatown Wars, with the company spilling the beans on its official Twitter feed.

It's also been announced that The Ballad of Gay Tony, the Xbox 360 exclusive GTA IV expansion pack, has a 29 October release date.

There's still no word if and when any DLC will be available for PS3 users.