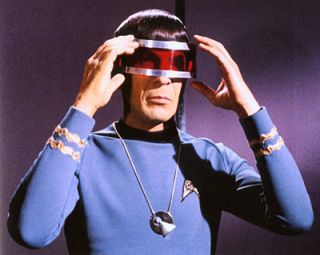 Crikey, Jim, there's a lot of them!

The developer of the new Star Trek Online game, Cryptic Studios, has been overwhelmed by the response of gamers to the launch of its new game's beta test.

The combination of the winning sci-fi brand and an MMO developer with a known heritage in making quality games has surely already started to pay off.

"We have seen more signups and players than we ever imagined," said a Cryptic rep. "The actual numbers crushed our predictions."

"The first week of Open Beta has been amazing," Cryptic added in an online update. "So very many people have shown interest in Star Trek Online and logged in to play that we've actually had to scramble to support everyone. Our core engineers are this very second working like crazed technology wielding madmen to improve performance and stability across the board."

Cryptic continued, "We looked at numbers from Closed Beta, numbers from games we've worked on in the past, and some numbers that float around the games industry.

"Based on those numbers, we predicted that about 65 per cent of the keys we generated would eventually turn into active players (some keys never get delivered, others are lost in spam boxes, some are never redeemed, etc). And, we predicted about 1/6 of those redeemed keys would turn into players that game at the same time. It's what we call our concurrent users or CCU, for short."

If you want to know more about Star Trek Online head over to the game's website.