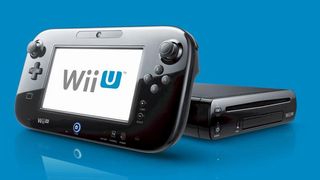 The Nintendo Wii discovered YouTube, though perhaps just a bit too late.

Google's online video arm announced it's finally launching an official app for the Wii, days before the next big Nintendo console is set to launch.

"YouTube on Nintendo Wii offers another way to enjoy YouTube on the big screen, and even more opportunities for creators to build an audience," a press release announcing the app read.

The next-gen Wii, the Wii U, launches in the U.S. Sunday, followed by a U.K. launch later this month, bringing with it the likely end of its U-less predecessor.

The application offers all the functionality of the Youtube site, which includes log-ins and tracking users' subscribed channels.

It was designed to work on big television screens and under the control of a Wii-mote. There is also a new search feature designed just for the Wii.

The app can be downloaded for free off the Nintendo Wii Shop channel. However, only U.S. Wii owners can download the app right now. It should be available to more countries in the "coming months."

Late to the party

This marks a trifecta for YouTube. The Wii was the last console to receive YouTube, while Xbox 360 launched an app for the video browser a year ago, and PlayStation 3 got it this summer.

The Wii has always been like that kid who's behind the technology curve. In 2010, it was also the last console to receive Netflix streaming support.

The app comes pretty late in the Wii's life cycle as well. However, those reluctant to shed the older technology in favor of the Wii U should welcome the app update.

The Wii U is said to have much better video options than its older brother. It launches with support for Netflix, Hulu Plus, Amazon's streaming service and (surprise) YouTube. Nintendo is also introducing a new Zeebox-like app called TVii.

Sorry, Wii - it looks like your sharper younger sibling is about to upstage you.