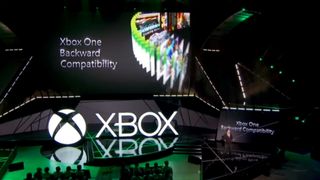 Phil Spencer, the head of Microsoft's Xbox division, revealed via Twitter that the list of Xbox 360 games making a comeback on the backwards-compatible Xbox One will be announced November 9.

One hundred different games from across the Xbox 360 and Xbox Live Arcade library are set to be making a return.

While which games will make the cut are still up for speculation, titles such as Mass Effect and Viva Pinata have already been confirmed and even demonstrated working on Xbox One.

Originally announced during this year's E3, the backwards-compatibility feature will allow Xbox One owners to play Xbox 360 games on their console without making any additional purchases. For verification purposes, all you need is either the original disc or a valid Xbox Live account if you bought a digital copy of the game.

Once installed to the hard drive and verified, running old games on Xbox One works just the same as playing a contemporary game from the Xbox Dashboard. While users can interact with players still clinging to their older consoles, 360 backwards compatibility on Xbox One doesn't extend to older accessories, such as specialty controllers or headsets.

Techradar asked for comment on whether downloadable content originally purchased for Xbox 360 games will also make transfer. As of right now, the odds seem unlikely of One owners having their games and add-ons, too.

While Xbox has plans to expand its backwards-compatible list beyond this initial 100, it's primarily up to publishers to provide permission for which old-gen games can be emulated on Xbox One. This means that games recently re-released, tied up in a licensed property, developed by a now-defunct studio, or sued out of existence will not likely pop up on the list this coming week.