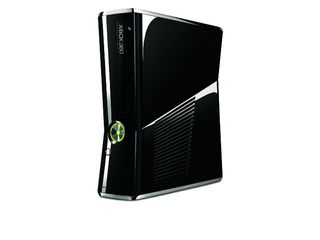 Gears of War 3, an upcoming exclusive on the Xbox 360, has been given a 3D makeover despite the format being described as "niche".

The Xbox 360 isn't known for its 3D capabilities but there have been a number of titles for the console released in 3D – CoD: Black Ops being one – and now another of the console's flagship games is getting the 3D treatment, albeit through some tinkering in the back end.

Speaking to Eurogamer, Rod Fergusson of Epic Games, which created Gears of Wars 3, said about adding 3D: "It felt like something we wanted to have. It was a feature we didn't want to be deficient in. When you look at Gears 1, it was what people used to demo HD at the time.

"It's still fledgling technology. It's still a niche feature. But it was something we could support, so we felt, why not?"

Unlike the PS3, which has been properly equipped by Sony to handle high definition 3D gaming, devs that want to add 3D to games for the Xbox 360 have to use a small workaround.

This does push the quality down, as Fergusson explained: "[Although the difference] is not huge, It's a little bit jaggier in certain areas. Instead of 720p you're at five something."

Fergusson hinted that the Xbox 360 is to get improved 3D gaming, however, courtesy of the next Xbox Development Kit which will have "more support for 3D or more higher quality for native support for 3D."

Fergusson explained: "We're supporting the current state of the art for Xbox. Moving forward, the Xbox will be able to take it further."

This clarifies rumours back in May that the Xbox 360 was set to get the HDMI 1.4 protocol.

The Gears of War 3 UK release date is 20 September.