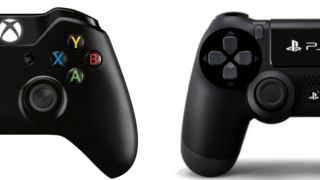 Pushing the PC out of the equation? Not exactly

As the fanboy fighting over whether the PS4 or Xbox One deserves the new console gaming crown kicks off, EA has stepped in to claim that both are well ahead of the PC.

According to EA's executive vice president and chief technology officer Rajat Teneja, speaking on Linkedin, the Xbox One and PlayStation 4 are "a generation ahead of the highest end PC on the market."

His words are obviously creating some furor among gamers, but it's worth noting that these comments are aimed at the architecture of the new consoles, such as the use of unified memory which is not currently used on PCs, rather than straight power.

"The compute capabilities of these platforms and the data transfer speeds we can now bank on, essentially removes any notion of rationing of systems resources for our game engines," he said

We certainly know that Nvidia has a word or two to say otherwise, previously telling TechRadar that the PS4 could be compared to a low-end CPU.

As for how the new consoles compare to the current ones, Teneja said, "Our benchmarks on just the video and audio performance are 8-10 times superior to the current gen."

You can watch Xbox One reveal video below: