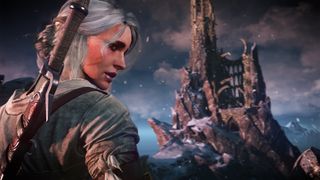 Games like The Witcher 3 will always look better on PC. The console advantage is Sony and Microsoft helping throw money at the screen, not raw technology.

Last August, when considering the PC vs consoles debate, we planted our flag on the side of the PC after a year of being underwhelmed by the current next-gen consoles. Now of course, things are very different.

Both Xbox One and Playstation 4 are properly bedded into the market, with all kinds of exclusives to tempt players to one side or the other. Why, for six whole hours, Playstation 4 owners had The Order! Both systems are also supplementing their existing line-up with an exciting range of remastered versions of beloved games, a couple of which aren't even just the PC versions from a couple of years ago! Truly, we live in a golden age.

Okay, so that's said with tongue firmly in cheek. Both Xbox One and PS4 finally have some notable exclusives, like Bloodborne, with more on the way. The fact that more and more traditional console developers have finally bitten the bullet and begun developing for PC also doesn't mean an end to long waits.

GTA V has had two different outings on Playstation and Xbox systems, with the PC version still not out. Ground Zeroes took almost a year to make the jump, with Metal Gear Solid V not arriving for two weeks after launch. Goodness only knows what's happening with the new Tomb Raider and when it'll break free of Xbox One. If you want a few specific games, increasingly cheap hardware, and a nice sleek wrapper, consoles still have a solid sell.

Still, we stand by what we said last August. Outside of those precious few experiences, you just can't beat the PC - and, honestly, the Wii U's small but scrappy library is probably its best accompaniment. It doesn't hurt that both Microsoft and Sony tend to translate 'exclusive' as simply 'not on our main corporate rival', meaning that the PC is still ready to be a secondary market that doesn't make anyone look weak for supporting it, even if it isn't a particular company's normal platform of choice. The only real reason not to support it and get the money left on the table is if either Sony or Microsoft has footed the bill.

On a consumer level, the savings alone more than justify the potential extra outlay or occasional graphics card upgrade. For the price of a single console game you can get entire libraries during Steam sales, to say nothing of free-to-play games that generally continue, shockingly, to almost not even be evil at all!

You're also opening up the wonderful world of indie games, free online play as standard, and a back catalogue of great games so extensive that you could play nothing new until you die and never run out of classics. (Though it will still probably be worth taking a quick pause for Arkham Knight this summer. And definitely The Witcher 3).

That being said, things could be a little rosier in some areas. Last year was supposed to feature the triumph of Valve's Steam Machines, breaking away from Microsoft's control in favour of a more open Linux based world. So far, Valve's apparently found it a struggle just to make a gamepad, with even initial supporters having given up waiting. Nobody is talking about Linux any more, while early machines like the Alienware Alpha that were supposed to be part of the vanguard have ended up just shipping with Windows instead.