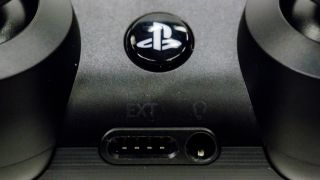 game streaming from tomorrow when the service goes live.

In a blog post, the gaming giant said customers who pre-registered to take part in the beta should be on the watch for voucher codes in their inboxes ahead of the Tuesday launch.

The PlayStation Now streaming service, which promises to bring access to previous generation games on multiple connected devices via the cloud, has been available on PS3 since the end of January.

The pending launch represents the first time PS4 owners will be able to play the previous generation's games on their new console.

No news on Euro launch

The platform is powered by Sony-owned Gaikai and will eventually bring game streaming to the PS3, PS4 and PS Vita, as well as Sony's PS Vita TV set-top box, Bravia televisions and Xperia smartphones.

The company is yet to announce plans for a European launch and is yet to confirm whether games will be available to stream a la carte or as part of a Netflix-style, all-you-can-eat subscription package.

Sony did confirm plans to extend the private beta to more PS3 owners, who've so far racked up 5,000 hours of game time on the platform.