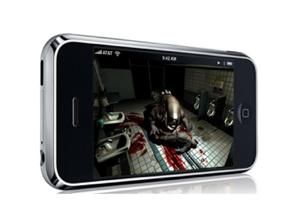 Apple is not including iPhone 3G users in its latest mobile gaming network plans, taking the decision to not include Apple Game Center support for the iPhone 3G.

Apple Game Center is the company's attempt to bring an Xbox Live style online gaming service to the iPhone, iPod touch and iPad.

Apple is billing Game Centre as a "social gaming network" which will let players invite friends, create leader-boards, score achievements and match-make you with players at similar skill levels for online competitive play.

However, if, like many of us, you are still rocking an iPhone 3G or a second-gen iPod touch or older, then you are not going to get to enjoy all of this new Apple-endorsed multiplayer fun on Game Center.

iOS game developers that have been playing around with the new 4.1 beta 3 have noticed that Game Centre support is only available for iPhone 3GS and iPhone 4 (and the iPad and newer iPod touches, of course).

So if you do plan on keeping hold of your iPhone 3G for the foreseeable future then you are going to have to keep relying on third-party online play services from the likes of Openfeint, Plus+ and Crystal for the time being.