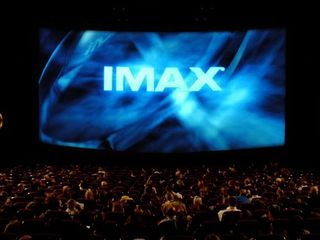 The big-screen cinema chain has big plans about its future and it seems that it's going to be digital all the way.

In a move that is said to its most significant in its 40-year history, IMAX is to open three digital Imax installations with exhibitor AMC Entertainment next month.

The US-based cinemas will be opened in Washington (the state is to get two) and Baltimore.

Although the company is starting with just three, the owners of IMAX want at least 50 to be put in place by the year's end. Eventually all 296 IMAX cinemas will become digital in the revolutionary move.

Speaking about the announcement that has been rumoured for some time, Imax co-chairman and co-CEO Rich Gelfond said: "In 2006, we averaged about 35 new theatre signings a year. In the last seven months, we signed 173 new theatres. That's because of the launch of the digital product."

It was back in March that Texas Instruments announced it was working with IMAX in installing DLP technology into a number of the company's cinemas.

The first all-digital launch is mooted to be Madagascar: Escape 2 Africa, which will open 7 November.