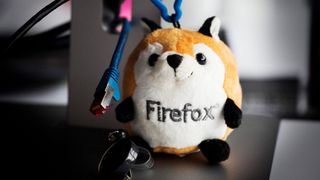 With the security of personal information becoming an increasing priority amongst the general public, many tech companies are promising heightened protection in response, and are introducing new methods of dealing with any breaches once they've occurred.

However, for users, half the battle is knowing whether or not you’ve even been affected, which is where websites like Have I Been Pwned can help. Created by security specialist Troy Hunt, the site can alert users if their email address has been found in any reported data breaches.

Mozilla collaborated with Hunt late last year and has since incorporated his site’s data in Firefox’s own built-in Monitor tool. Monitor allowed users to receive notifications if the details they enter crop up in any future breaches, rather than just checking retrospectively.

Now, as discovered by BleepingComputer, Mozilla plans to integrate this Monitor service to work in conjunction with its Lockwise password manager, aiming to have it ready in two versions time, for Firefox 70.

This integration would allow the tools to cooperate, scanning any saved emails and passwords and cross-referencing them with the immense database of login details from Have I Been Pwned, actively alerting users if they’ve been affected and suggesting they change their password.

While this feature will warn users of any existing accounts saved with Lockwise that have a password potentially exposed in a data breach, they won’t work retroactively. That means users will still need to manually check if their account credentials have been exposed in older breaches.

As part of the new feature, more detailed stats will also be displayed on the extent of the impact on your account, including the number of email addresses affected, amount of breaches they are involved with, and the number of passwords exposed in the breaches.

Firefox 70 is currently expected to see release by the end of October.