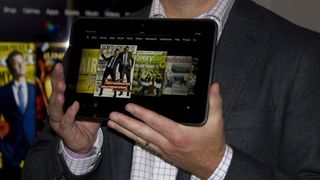 Texas Instruments announced Wednesday it will cut its worldwide workforce by 1,700 in an effort to lower costs.

The semiconductor company said that as it moves away from its traditional focus on the mobile market and turns instead to OMAP processors and wireless connectivity solutions, it requires fewer resources.

"We have a great opportunity to reshape our OMAP processor and wireless connectivity product lines to concentrate on embedded markets," Greg Delagi, senior vice president of Embedded Processing, said in a press release, noting that momentum is already building for these new efforts.

"These job reductions are something we do with a heavy heart because they impact people we care deeply about. We will work closely with all employees affected by these changes to provide a range of assistance related to compensation, benefits and job search."

A hit of $325 million (UK£205 million,AUD$312 million) is anticipated as a result of the restructuring, dollars that will drop out of this quarter's earnings.

TI is almost an anomaly in a manufacturing world that, for the most part, is moving toward mobile and away from traditional technology markets.

In a report from September, Delagi said that mobile is "less attractive" for Texas Instruments moving forward, marking the beginning of the end for the company's smartphone and tablet plans.

Its OMAP 4470 processor is found in the Kindle Fire HD, but that may be the last major mobile product to see a TI chip inside.