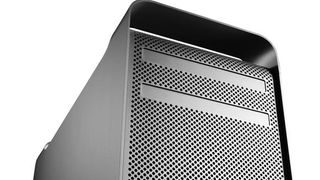 "Something really great" is still on its way

The OS X 10.8.3 release date isn't expected until 2013, but the beta for this next Mountain Lion update has been seeded to developers who say it contains AMD Radeon 7000 drivers.

The presence of previously unsupported graphics drivers like the ones for the Radeon HD 7000 series is significant because it typically points to new hardware that Apple is working on.

Specifically, a new Mac Pro is expected to be the hardware that makes use of AMD's new line of graphics cards, codenamed "Tahiti."

This thinking is in line with current Mac desktop configurations.

A redesigned Mac Pro tower in 2013 would also fulfill Apple CEO Tim Cook's recent promise to a customer about the company's most powerful computer.

"Our Pro customers like you are really important to us," Cook said to the customer in an e-mail. "We're working on something really great for later next year."

This e-mail exchange occurred after the WWDC 2012 keynote. Apple quietly updated the Mac Pro with a slight spec bump, but made no on-stage announcement of the upgrade.

In addition to the new graphics card support evidence in OS X 10.8.3, code for "MP60" within Mountain Lion's Boot Camp software further indicates that "something really great" is still on its way.