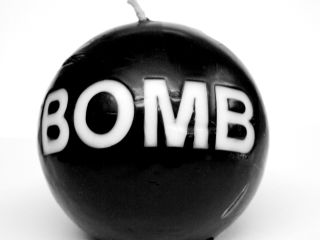 AMD is preparing to drop its newest GPU, codenamed RV770

Rumours involving the next 3D chip from AMD's graphics division ATI are reaching critical mass. The new GPU, codenamed RV770 and expected to be marketed as the Radeon 4800 series, promises to be the fastest GPU ever.

It could be unveiled in a matter of weeks

If true, it will be a long overdue victory for ATI and a timely blow for its increasingly smug rival, Nvidia. The weight of opinion on RV770 now points to a chip with 480 stream processors, 32 texture samplers and 16 render output units. All told, RV770 is expected to weigh in at over 800 million transistors.

The most complex GPU currently offered by ATI, the Radeon 3870, squeezes 320 stream processors, 16 textures and 16 render output units into a 666 million transistor budget. It most other regards, RV770 is expected to carry over the DirectX 10.1-compliant architecture of the existing Radeon 3800 series.

It will likewise be bashed out on the same 55nm silicon node by production partner TSMC in Taiwan. What's more, the rumours suggest it will still use the 3800's 256-bit memory bus. However, it's expected to up the effective data rate to nearly 4GHz courtesy of some fancy new GDDR5 memory chips.

It's a bigger, beefier version of the Radeon 3800 series rather than an all-new chip, in other words. Based purely on the raw architectural layout, RV770 ought to be around 50 per cent quicker than the best single-chip Radeon 3870 boards available today. However, the 4800 will also bring a boost in GPU core clockspeeds.

It's thought the headline frequency will increase from 775MHz to around 850MHz. It's also just possible ATI will copy Nvidia's split-frequency-domain approach and clock the RV770's stream processors even higher. If so, look out for stream processor clocks somewhere north of 1GHz.

All in all, it's predicted RV770 will just breach the magical 1TFlop barrier for raw compute performance. It should also be easily a big enough bomb to flatten Nvidia's best single-chip graphics card, the GeForce 9800 GTX.

And that in itself will be awfully big news. ATI hasn't led the market since the introduction of the Radeon X1950 series way back in August 2006. Nearly two years is an awfully long time to be second best.

What's less clear is whether single-chip RV770 boards will have enough fire power to beat the best existing dual-GPU boards from both ATI itself and Nvidia. However, that's a somewhat moot point. For starters, ATI is also prepping a dual-chip variant of the 4800 series, codenamed R700.

Moreover, dual-chip graphics cards tend to be rather unreliable beasts. We've little doubt enthusiasts will welcome a new single-chip card that lifts the bar for performance.

What about the green team?

All of which just leaves the question of how long it takes Nvidia to respond. The configuration of Nvidia's next heavyweight GPU, codenamed GT200, is still the subject of some debate.

However, a German language website recently claimed that Nvidia has confirmed the chip will pack one billion transistors. If so, it will clearly be more complex than ATI's RV770.

But when will GT200 appear? Given the recent roll out of the 9800 GTX, it's hard to see Nvidia releasing another new high end graphics chipset before late summer.

For now, AMD will only say that RV770 is out soon. We'd put good money on a late May launch date for RV770. But even a few months at the top would do wonders for both the image of the ATI brand and morale at AMD and ATI in general.