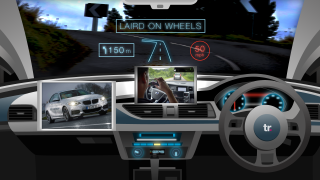 Look ma, no hands: Coverage can be frivolous, but driverless cars are dead serious

Fifty years from now, nobody will believe we were ever allowed to drive around killing each other in our cars. I'm absolutely convinced of that.

It's a bit like people puffing away on planes or bunging a baby in a wicker basket and then lobbing the ensemble on the bench seat in the back of a car. Seems bonkers today, was once the norm.

So it will be for human-controlled cars. The very idea and the carnage that ensues – current global road deaths run at around a million souls annually – will appear utterly insane. Children in classrooms will one day marvel at the gothic horror of it all.

If I were to call it an annual holocaust on our roads you might think that sensationalist, even offensive. But it's millions upon millions of people as the years tick by and also constitutes the number one cause of death among those aged 15-29 years. What else would you call it?

The key benefits of driverless cars:

What's more, the benefits of self-driving cars go way beyond safety. The driverless car is going to change world in so many ways. It's going to change it as much as the arrival of the car itself did 100 years ago.

It's just this time around there will be barely any downsides and none on anything like the scale, in terms of the human cost, of conventional cars.

The second coming of the car

Before that can happen, we need to get over the hump that is anti-driverless car hysteria from the public and - crucially – the media. Because death by driverless car is going to happen. It's going to cause a massive outcry. And that outcry will be irrelevant to the actual pros and cons of driverless cars.

One recent example of the muddled thinking that is the greatest barrier to driverless cars is an article on the BBC's website by American 'essayist' Adam Gopnik.

It's not clear what Gopnik's expertise is in this area, though he will at least be in good company when it comes to commentating on driverless cars if he is indeed doing so from a position of ignorance.

Whatever, to precis his position Gopnik says the problem with driverless cars involves ethics. He rolls out a few hypothetical scenarios. First, an animal darting out into the road. He says human drivers know to swerve to avoid the animal but not to the extent that they put the car and its occupants at risk – the ethics of human life over animal life.

Won't someone please think of the children?

His other example entails a hypothetical driver faced with the choice of "mowing down a couple of bystanders and ploughing into a school bus packed with children."

I don't want to get too bogged down debunking this nonsense, but very briefly what Gopnik doesn't appreciate is that identifying an animal, taking the decision not to put the car at risk and not having an accident in the first place are things a driverless vehicle will do much better than humans.

Is that a squirrel? Is that a dog? Is that a human? Making such narrow judgments is precisely what computers and sensors are good at. And anything they're good at they do far faster and more reliably than humans.

In fact, most humans are very bad at making those split-second decisions. Which is why accidents happen in the first place. Rabbit darts out, human over reacts, collision ensues.

Ditto the false choice between bystanders and a bus full of kids. Nearly all vehicle accidents on roads are due to human error. With driverless vehicles, such a scenario would barely, if ever, happen.

Even if it did happen very occasionally and in some of those cases the driverless car took the wrong decision (a highly unlikely combination), the net outcome for the world and its inhabitants of this technology will still be massively, overwhelmingly positive.