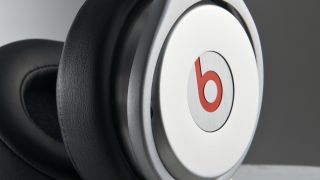 Not so much about the headphones, it seems

Since word broke that Apple was planning to buy Beats headphones, just about everyone has had an opinion on what part of the Beats business Cupertino is after.

According to a mysterious new source, the actual reason is that Apple wants to operate Beats as a standalone streaming service.

Why not just add it to iTunes to create a mega music service of its own? Apparently Apple is "deeply conscious" that iTunes still makes a lot of money for the music industry (despite the fact that digital sales are declining) and it doesn't want that compromised, according to TechCrunch's insider.

The plan is therefore to offer a Beats streaming service for $5 a month that will give artists a higher slice of revenue, while keeping iTunes in place for the time being.

Meanwhile, a separate report reckons Apple is primarily after Dre and Jimmy Iovine, who it hopes to see join Nike's Ben Shaffer and ex CEO of Burberry, Angela Ahrendts, in its new, cool management team.

Basically, Apple wants to be cool and down with the kids, and the source said it is "70%" certain that the deal with Beats deal will go through.

Perhaps we'll see Tim Cook skateboard onto the stage at MWC and pull off some sick kickflips before announcing that "the Beats deal is totally legit, dudes".