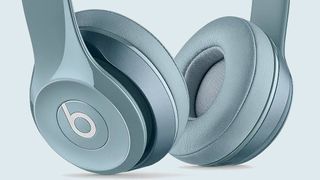 Is the timing with the Beats acquisition just a coincidence?

As Apple explained, this will mean a bunch of new advantages for third-party accessor makers, such as "richer" controls for things like iTunes Radio thanks to the digital interface.

"If your headphones support, for example, noise cancellation, you can offer an app on your device that communcates with your headphones that controls how it operates," said Apple's manager of platform accessories Robert Walsh, according to Apple Insider.

It should also bring higher-quality sound. Will Apple's next EarPods run through the Lightning port? It's certainly possible. It also makes us wonder if this may play into the Beats acquisition.

Last month, an anonymous tipster took to the airwaves to claim that Apple's next EarPods would contain biometric sensors and connect via the Lightning port. The "leaker" then came back to confess that it was all lies. Did they just make a lucky guess?

Apple has sneakily introduced a specification that will let manufacturers make headphones that connect to an iOS device via a Lightning connector instead of the 3.5mm headphone jack.

What this means, as 9to5mac points out, is that said headphones would be able to receive lossless stereo 48 kHz digital audio, and mono 48 kHz input for microphones.

Connecting through Lightning, manufacturers will be able to give headphone users remote controls for iOS playback.

The beat goes on

The other big benefit is that the headphones could draw all of their power from the Apple device, removing the need for headphone makers to worry about internal batteries in noise-cancelling headphones.

This could all just be very conveniently timed with the Beat acquisition, but it's not absurd to suggest that this could be an indication of what an Apple/Beats collaborated pair of headphone might end up looking like.