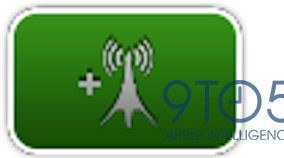 Because there aren't enough streaming music services already, rumors about Apple's own contender have been flying for months.

9to5Mac reported late Monday that it had discovered some files deep within the bowels of an iOS 6.1-running iPad that hint at the existence of such a service.

The .png files are labeled "transport radio buy button" with several variations, and they reveal a pair of buttons, in grey and green, that resemble the radio icon used in older versions of iTunes.

The presence of the word "buy" in the icons' file names seems significant. Could Apple be planning to charge for its rumored streaming music service?

The buttons currently have no purpose in the OS, and there's no sign on them on iPhones, according to the site - just on iPads with the .1 update of iOS 6.

But it's unclear when Apple plans to launch its streaming radio service, if at all, and the relevant files could be added in a subsequent iOS update for iPhones if necessary.

Rumors of the planned Apple radio service appeared in September, when the Wall Street Journal reported that the Cupertino company was preparing to launch a bonafide Pandora rival.

Those preparations supposedly hit a snag in October, when Sony and Apple were said to be having disputes over the terms.

Then, in December, CNET reported that Warner and Universal, which together with Sony comprise three of the largest music labels in the industry, had joined in making Apple's life difficult.

Rumors pegged the Apple music streaming service with a Q1 2013 launch, and the arrival of these mysterious "radio buy" files in iOS 6.1 could indicate that Apple is indeed preparing for the radio service launch.

The update to iOS 6 arrived just last week, and by Monday hackers had already cracked it and released a jailbreak utility.

Whether or not Apple really is launching a streaming music service, we'll doubtless know soon, as the end of Q1 is already approaching.

TechRadar asked Apple for comment on the function of the files, but we have yet to hear back.