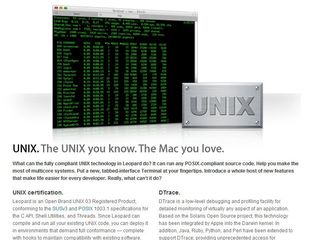 "To say that Apple has crippled DTrace on Mac OS X would be a bit alarmist, but they've certainly undermined its efficacy," says Adam Leventhal

A debugging expert has criticised Apple for preventing access to iTunes through OS X's in-built debugging tool DTrace. The logical conclusion would be that Apple has prevented access to iTunes in order to prevent any risk to its DRM technology.

Sun's Adam Leventhal experimented with DTrace and found that it didn't pay any attention to iTunes when it was running - it isn't included in the listed apps. Leventhal says this move is "antithetical to the spirit of open source" but since when was Apple worried about that?

If Leventhal's observations are correct, it's another little obstacle which Apple is putting in the way of those who threaten its copy protection. "To say that Apple has crippled DTrace on Mac OS X would be a bit alarmist, but they've certainly undermined its efficacy and, in doing do, unintentionally damaged some of its most basic functionality," he says.

"To users of Mac OS X and of DTrace: Apple has done a service by porting DTrace, but let's convince them to go one step further and port it properly.

Mind you, we expect most music-based DRM expected to be toast within a couple of years, so it's nothing to get too worked up about.