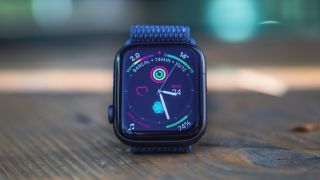 The Apple Watch 4 is a capable health and fitness tracker, but one major and surprising omission is sleep tracking, as while you can do this using third-party apps, the feature isn’t offered out of the box. That could finally soon change though.

According to “people familiar with the work” speaking to Bloomberg, Apple has been secretly testing a sleep tracking feature for months and plans to add it to the Apple Watch by 2020.

It’s not clear whether this would be exclusive to whatever the newest model is (likely the Apple Watch 6), or whether it would be added as a software update. But given that most of the hardware should already be in place (such as a heart rate monitor and accelerometer), it may well be a feature that older Apple Watch models could also get.

This also wouldn’t be the first time Apple has shown interest in tracking sleep, given that the company previously bought Beddit – the maker of a sleep monitor.

As Bloomberg notes though, one disadvantage the Apple Watch could have for sleep tracking is that its battery life can’t compete with some fitness trackers, such as the Fitbit Versa, which lasts around 3-4 days between charges. The Apple Watch 4 for comparison will usually want charging nightly, which is inconvenient if you also want to wear it in bed.

It’s possible that this is one reason why we haven’t yet seen sleep tracking on the device, and may mean that battery life is something else Apple plans to tackle in the near future, but that’s just speculation for now.

Still, if Apple can deliver better battery life and a sleep tracking feature on the Apple Watch 5 or 6, then that could go a long way towards justifying an upgrade from an older model.