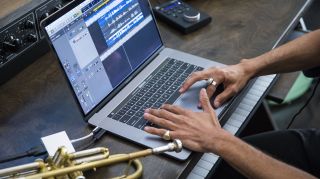 Apple is getting taken to court in a class action lawsuit that alleges that the company is selling iMacs and MacBooks without dust filters, and that this omission is causing display problems.

It’s worth noting that these don’t appear to be widespread issues, and the lawsuit is being brought by Hagens Berman Sobol Shapiro, a law firm that’s notorious for bringing litigation against Apple.

As 9to5Mac points out, Hagens Berman Sobol Shapiro has in the past successfully sued Apple for $450 million due to price fixing in the iBooks store. It has since sued Apple on several other occasions.

The new class action lawsuit alleges that iMac and MacBook models sold since 2013 do not come with filters that prevent dust from entering the devices when cool air is brought in to keep the components from overheating.

According to the lawsuit, “iMac and MacBook owners have reported dark smudges and spots on the interior of the screens of their desktop computers as well as excessive slowness and break downs of their computers related to the lack of filter on Apple computers.”

The lawsuit is demanding that Apple covers the costs of fixing the problem for users affected by these issues, stating that “we believe Apple owes it to the purchasers of these premium, high-end computers to pay for the widespread defect, and we seek to represent iMac owners to recover their losses in costs to repair this defect.”

As we mentioned earlier, we’ve not seen widespread reports of these issues. Due to the popularity of iMacs and MacBooks, you’d think a problem as serious as this would be reported on more often.

However, Hagens Berman Sobol Shapiro is representing a number of people who are claiming to be affected, and it’s also asking for anyone else who has experienced the problem to join the class action suit on its website (linked above).

We’ve contacted Apple for comment and will update this story when we hear back.