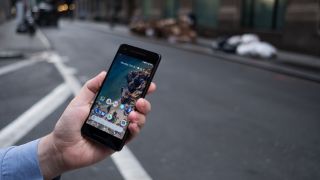 Most Google-powered phones don’t even have Android 8.0 yet, but if you have a Pixel or recent Nexus device you’ll be getting Android 8.1 in December.

That follows a final developer preview which is available now, and which if you’re enrolled in the Android Beta Program you should get in the next few days.

Android 8.1 is designed to improve performance on Android Go devices and adds a new Neural Networks API to accelerate on-device machine intelligence, as well as featuring other smaller enhancements.

We’ve reported on this before and it should improve speed and battery efficiency when shooting HDR photos.

If you’re not using a Pixel or Nexus handset then you might have a while to wait for Android 8.1, or even the original version of Android Oreo, but most recent flagships should get it sooner or later.