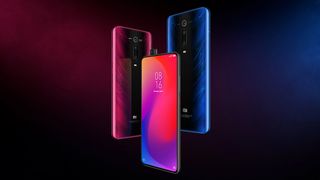 Get ready for a lot more 5G next year: the infrastructure will be expanding, new phones and other devices will be appearing... and Xiaomi is promising to launch more than 10 5G-ready phones in 2020.

According to Reuters, Xiaomi Corp CEO Lei Jun made the announcement at the World Internet Conference event being held in China.

The decision was made after the Xiaomi Mi 9 Pro hit the Chinese market – the first of Xiaomi's 5G phones to do so. Lei says demand for the handset has exceeded expectations, and so Xiaomi will be covering all price points with 5G phones next year.

"People in the industry fear that next year 4G models won't sell, this is a step you have no choice but to take," Lei said. "So we hope that operators can speed up their expansion of 5G base stations."

Xiaomi was one of the first to bring out a 5G-ready phone, with the very capable (and relatively affordable) Xiaomi Mi Mix 3 5G. Now it clearly sees 5G as the future.

Other phone makers haven't been quite so keen. The Pixel 4 from Google recently arrived with no 5G version in sight, while Apple isn't expected to add 5G to its iPhones until September next year.

The number of 5G handsets was always going to go up next year, with or without Xiaomi's help – but the Chinese tech giant apparently wants to be leading the way.